History and Culture of Hellin

From the Paleolithic to the present day lower, man has lived and worked in these territories. From their prehistoric antiquity attest to the numerous remains found in places like the Tolmo Minateda, Source Isso or Arroyo Agra.

A few 8 km south of Hellin locates the Great shelter Minateda, one of the most important art wraps Levantine rock paintings that were recently listed Heritage by UNESCO . It was discovered in 1914 by Juan Jimenez LLamas, one Almeria working in the service of Frederick Motorcycles and Henri Breuil. The second is one of the most important rock art researchers in Europe in the first half of the twentieth century. The Great Coat is Minateda, definitely, one of the most important sites in this artistic representation, where you can admire a frieze with over six hundred figures depicting hunting scenes, family, etc.

Near this place, the Tolmo of Minateda represents the most important human settlement of our past. Spanish, Romans and Visigoths dominated on the hill amesetado, by the Arroyo Tobarra, located in what was an important crossroad. Walls of different time defending the entrance to the citadel, homes, cisterns, mills and the impressive Visigoth basilica speak of a social life, economic and military extraordinary relief. It is perhaps the most important archaeological site in Southeast Spanish and one of five archaeological sites of Castilla la Mancha. 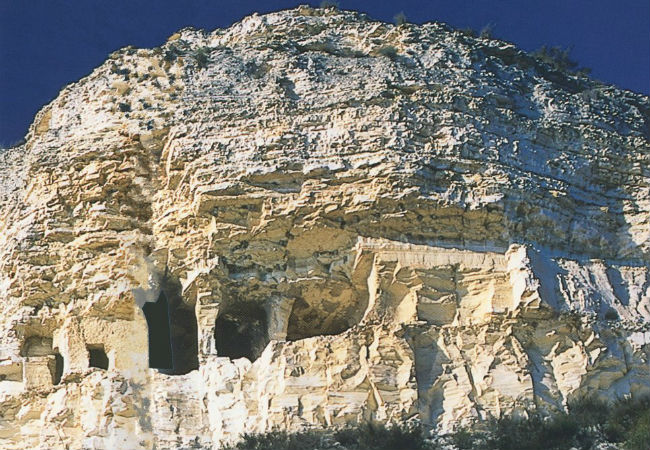 Already in Roman times, Tolman believed that was designated Ilunum around 200 years B.C., and from this the operation went romanizadora. The town of Hellin became one of the most important Roman towns remained active between the second and fourth centuries AD, located north of the present village of the city. The mosaics found can be seen in the Museum of Albacete, although the original is in the National Archaeological Museum of Madrid.

Furthermore, Visigothic history in the region is an important document The Camareta, hermitage situated near the dam Camarillas and declarated Cultural Interest. The time when we can situate chronologically are the IV centuries VII. Hellin right now known as Ello, and he must have acquired a significant importance for the creation of the bishopric of Ello.

After the conquest of Islam, The Arabs called the city as Iyyu(h). Began construction Castle Almohad around the XI-XII centuries and from the politics and administration of the former county of Theodomir addressed. Around its walls born the modern city of Hellin.